Skip to content
The FactsAdminNBR2022-03-08T16:50:02+00:00
0%
of women in prison are serving custodial sentences for a non-violent crime1
0%
of women are serving a sentence of six months or less. This has a devastating impact on their children and society.2
0%
of children whose mothers go to prison have to leave their family home and their education, family relationships, health, and well-being are impacted.3
0
prisons in the England are women only
0+
children are separated from their mothers by imprisonment each year
0%
of the total prison population are women 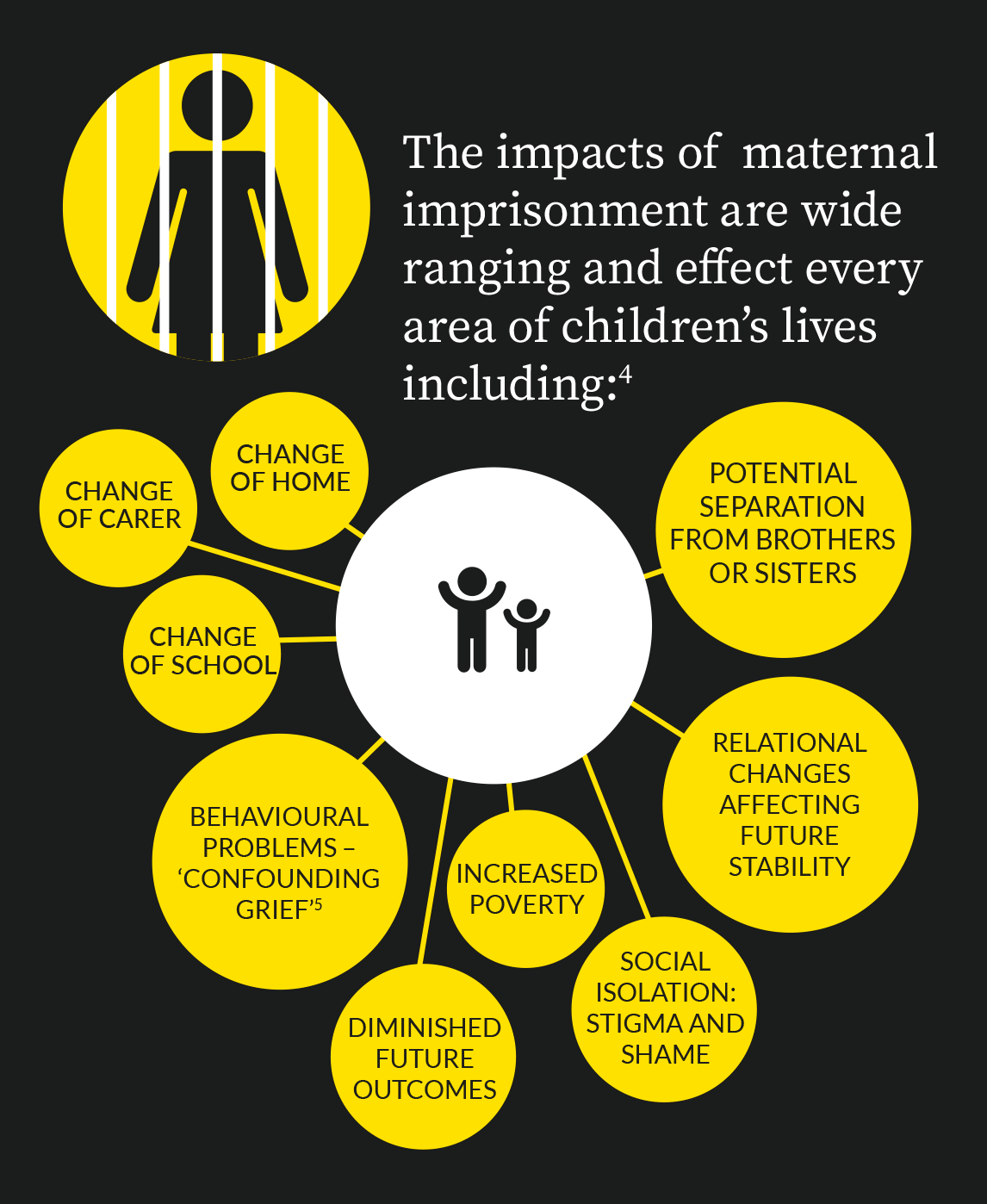 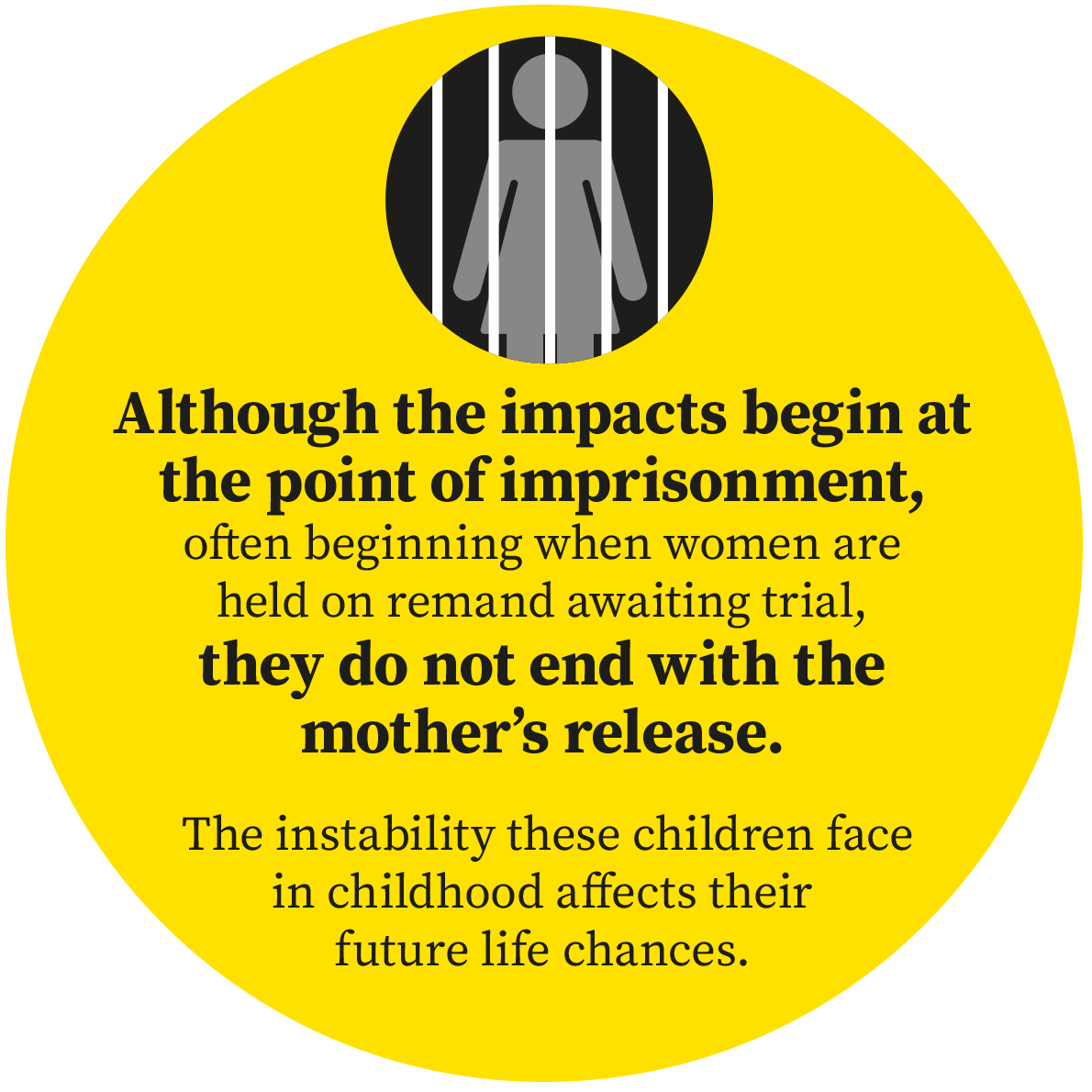 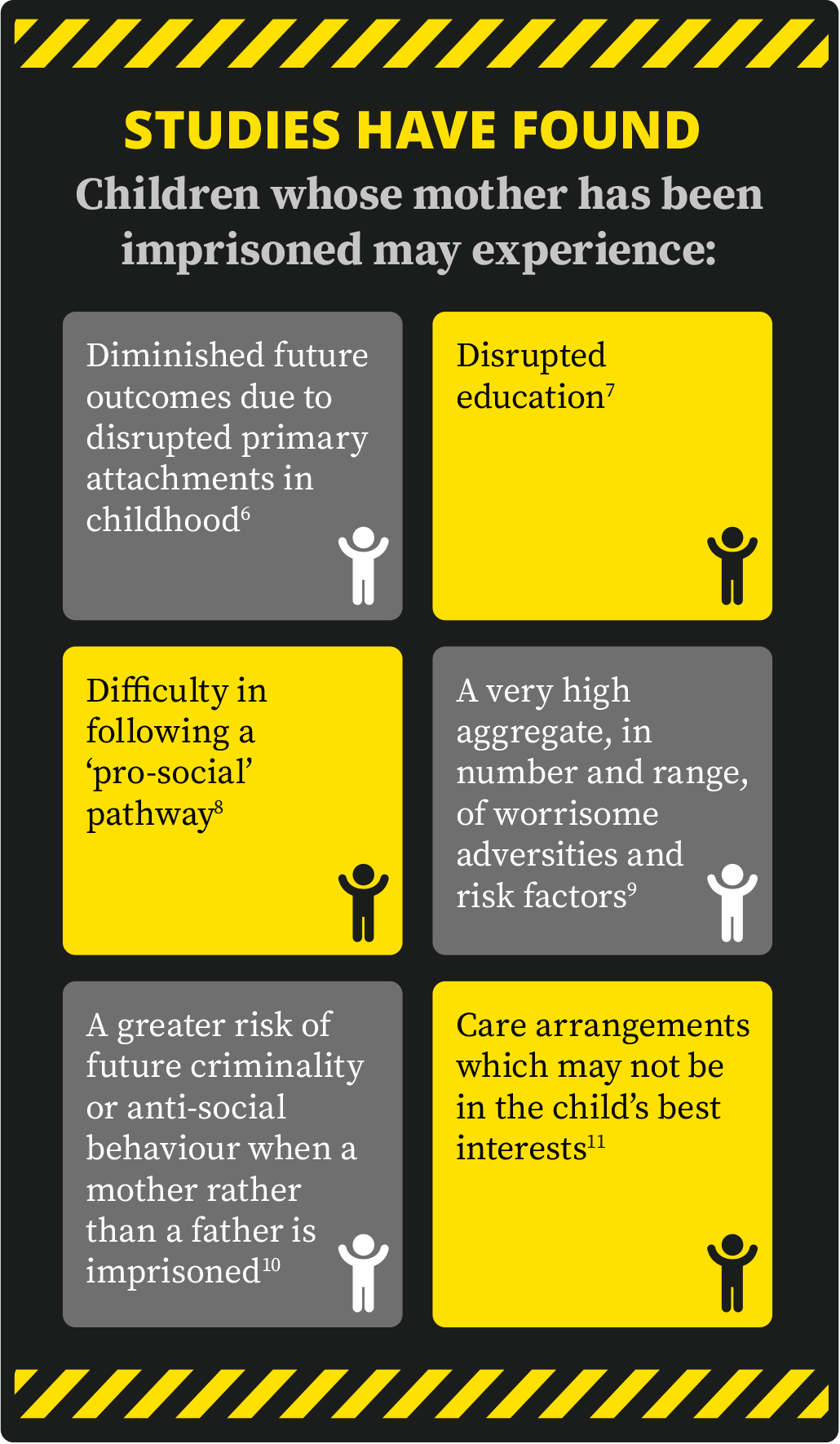 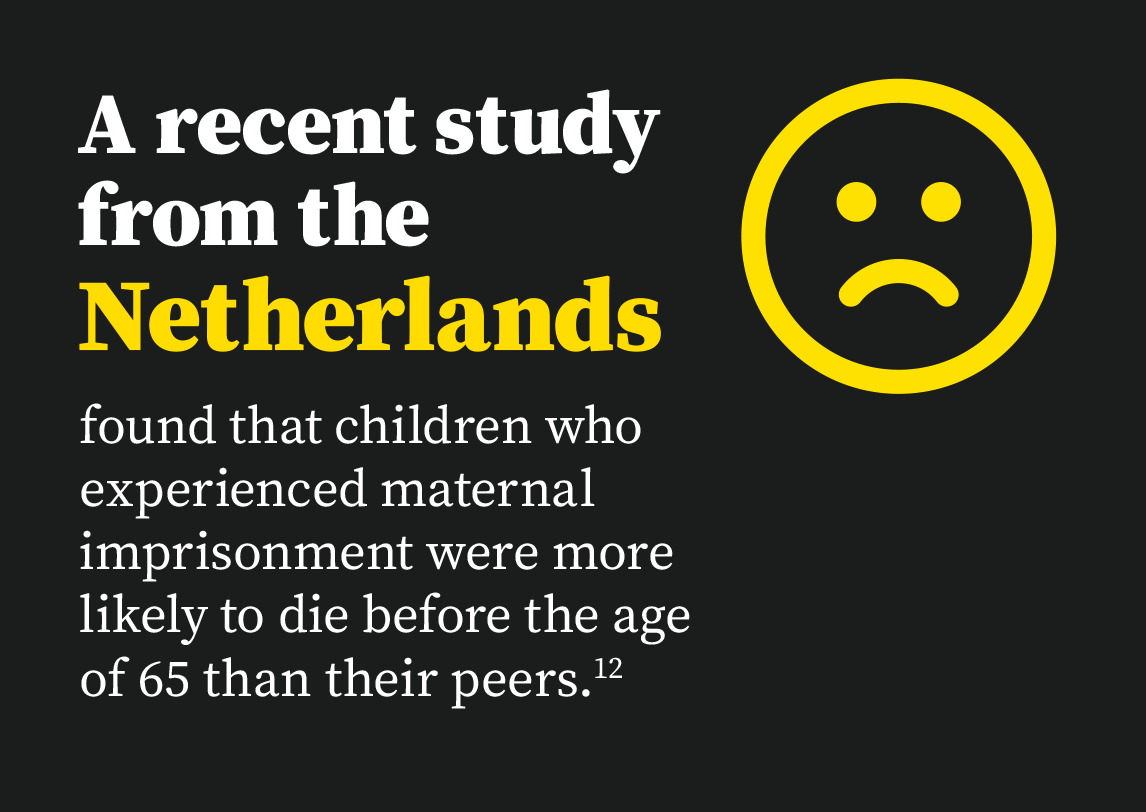 I feel with this company by my side I’ve got the best chance in seeing my children again, they’ve given me a voice and the power to stand up for myself and I’ve got them behind me supporting me.

I feel with this company by my side I’ve got the best chance in seeing my children again, they’ve given me a voice and the power to stand up for myself and I’ve got them behind me supporting me.

The opportunity to assist women in prison with the process of reconciling or establishing healthier and stronger relationships with their children and those that care for them has been immensely rewarding. Not only are the benefits for the children involved manifest, but it feels increasingly to me like an important part of the women’s own rehabilitation journey, to know that there are loving and joyful relationships for them both during their time in prison and to anticipate on their release.

I am so impressed with Not Beyond Redemption and I think it is amazing that a charity is picking up those that fall through the gap of not being able to obtain legal aid.

At HMP Send we really value our partnership with Not Beyond Redemption. Separation from children can be the hardest part of being in prison for any women. But it is even harder when they face legal battles to see their children in custody or on release. Not Beyond Redemption steps into those most challenging situations, where appropriate, and provides specialist legal advice and representation, helping the women work towards the best outcomes for themselves and their children. Our women are full of praise for the support and expertise that Not Beyond Redemption provides.

NBR is an amazing charity, I feel blessed to have them supporting me.

Eventually I decided to take it back to court, because I’m a mother and want to see my daughter and be a part of her life. This is stressful sometimes and disheartening but you didn’t give up on me which gives me hope.

There are too many women in jail that have little to no contact with their children and we struggle to have someone fighting in our corner.

I knew from the first meeting with you that you were going to fight hard for me. You were so passionate about what I should be getting custody wise. Then I met the others from the team and I did think they won’t be the same – sorry 🙂 But they all were!

Copyright © 2022 Not Beyond Redemption Limited, All Rights Reserved. Registered under the Charities Acts Number 1192232.